The History of the George Arts Theatre

The lovely building at 125 York Street began its journey 110 years ago, as the First Class Public School for Girls, in 1905. By the Fifties, the facility was of no more use to the rapidly expanding local schools, and the building’s main hall was used as a bioscope (the old film reel projector still lives in the theatre foyer) for a few years. In 1968, a group of entertainment enthusiasts known as the George Society of Arts (founded in 1948) bought the derelict building and set about converting it into a 217-seat theatre. A year later, on 26 April 1969, the George Arts Theatre opened its doors to the public with its first show, The Sleeping Prince. At the time it was the only fully operational, community-run theatre in the triangle formed by Cape Town, Port Elizabeth and Kimberley.

Since 2014, the generous patronage of the theatre’s neighbour and local company Dotsure Insurance, new life has been breathed into the heritage building, which is being restored to glory inside and out. The revival of interest in the dramatic arts, and the support offered by the companies and individuals of George as well as the Department of Arts and Culture, has been vital in keeping this important Non-Profit Public Benefits Organisation alive. The George Arts Theatre continues to thrive in serving its purpose of feeding the artistic soul of the community at every level.

After celebrating its 50th anniversary in 2019, the heart of the George Arts Theatre beats loudly with activity – from the many acts, both amateur and professional, who grace the grand main stage itself and the brand-new Outdoor Amphitheatre, to the daily buzz of the Backstage Lounge Café, the much-loved Wardrobe & Costume Hire facility and the many outreach programmes that touch the lives of local George youth daily.

The theatre is the proud host of many an artistic event and function for the public and private sector in the Garden Route. A number of full-length productions are held throughout the year, as well as concerts and plays featuring both local and international artists. The George Society of Arts’ December pantomime is a proud, popular holiday tradition for many families. The legacy of one of South Africa’s last-standing community theatres continues to grow thanks to the support of the public it benefits through the dramatic arts.

Tour of the Theater 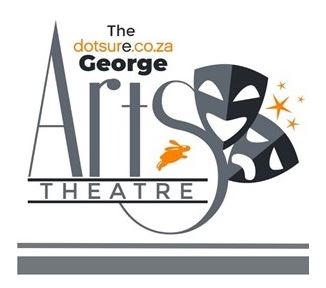